Panels are boring. So we put 2 technology experts in a boxing ring 2 feet from each other in front of 5 accomplished “referees” and let them defend their position on a topic in their field. We do this in front of 500 CEOs, technologists, entrepreneurs and investors. So there is no pressure. Then we let the refs and audience (that’s you) vote for a winner. That’s not boring. That’s fun. …and you might learn something.
Marketing Remember: a Dallas Startup Week attendee # is required to register

As you know, we like to pit CEOs and Founders against each other and we continue our trend of finding the best DFW has to offer:

See below: we only have ONE fight sponsorship left.

Deadline to Register for Digital Fight Club is 11:30 PM | Get Her Done! This is your last chance…Why?

We are cutting off registration at 11:30pm tonight. If you don’t register, you won’t get an access code to the amazing platform we built for Digital Fight Club and you’ll have to endure other people talking about Fight Club.

Remind me again what’s happening?
1. Enjoy the fights in the DFC live platform with your friends on a virtual “Sofa” Zoom calls are so 2020.
2. Change sofas, find friends, chat up the audience, throw virtual tomatoes at the fighters.
3. Vote in the platform for each fighter. YOU determine the outcome.
4. Schmooze with the fighters and refs in the DFC Virtual After Party. It’s like nothing you have ever seen. Everything you know about virtual events changes with this year’s Digital Fight Club! Do you have Zoom fatigue? So do we. We will once again destroy all your notions of what a virtual event looks like.

Wait….what?
• You will interact
• You will heckle
• You will vote
• You will be entertained
• You will learn something
• You will meet someone worth meeting
• You will see high energy fights (duh)
• You will have a cocktail (or not)
• You will wonder why you do Zoom calls
ALL of this will take place on our newly re-imagined virtual fighting platform. Experience the fights with your friends on your own 8 person virtual couch. Chat up the audience. Throw virtual tomatoes and so much more. 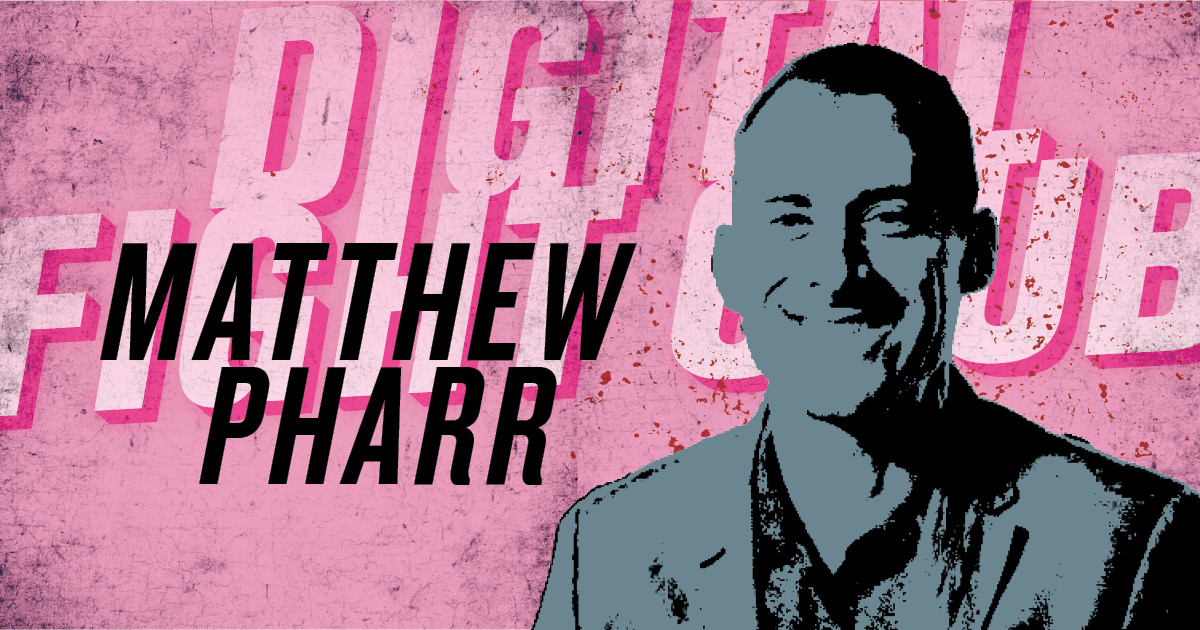 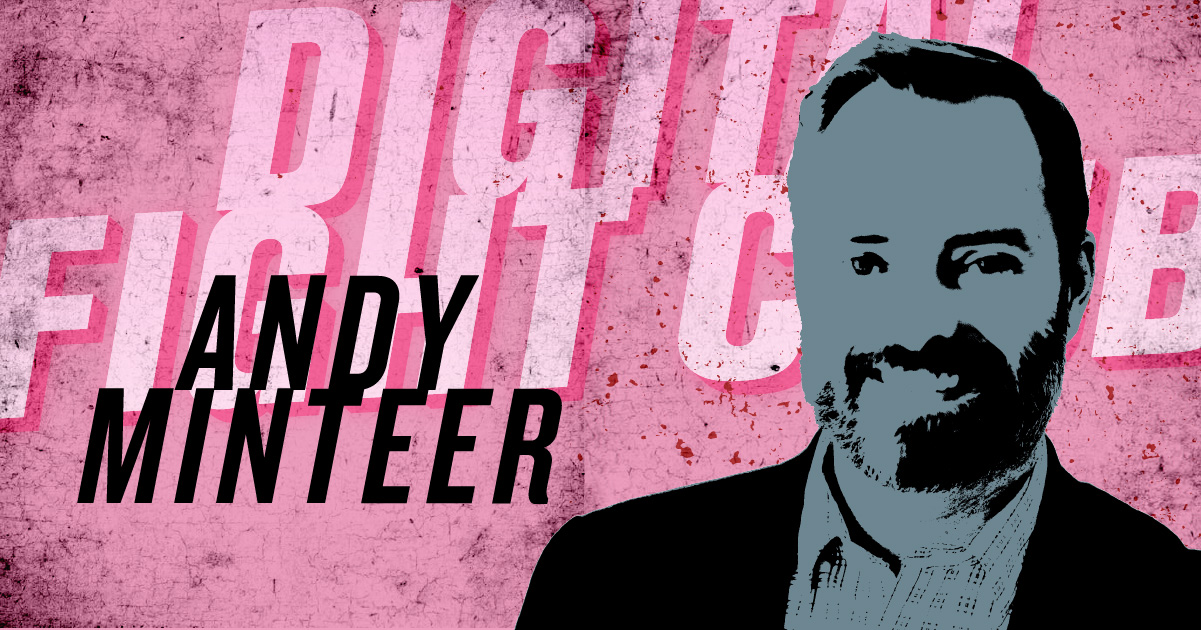 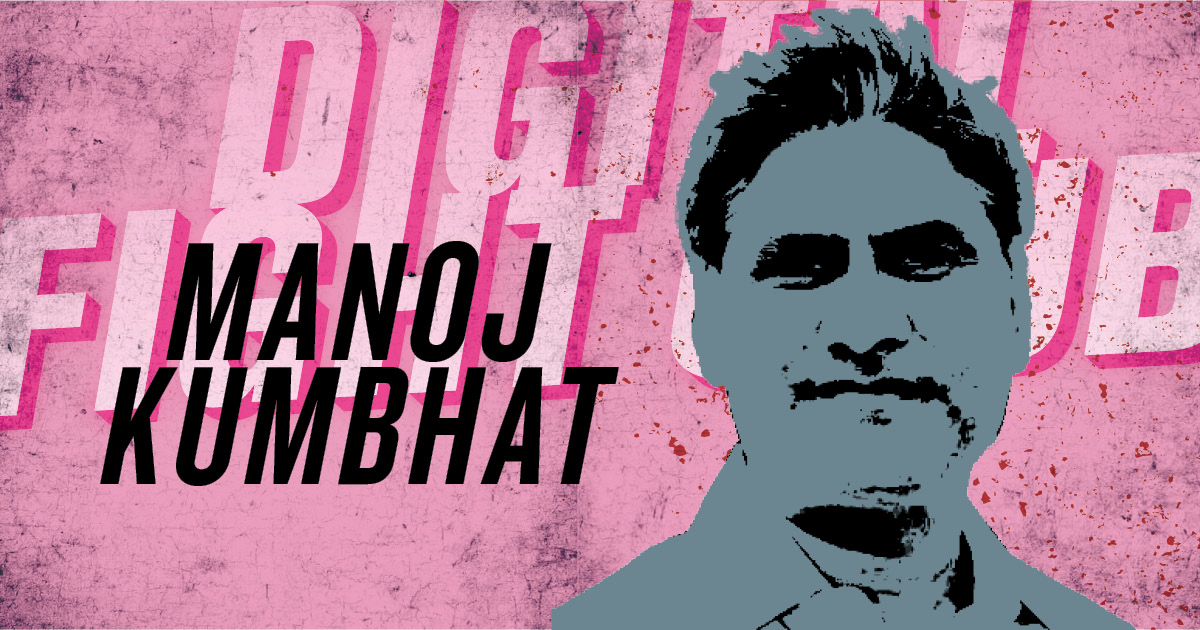 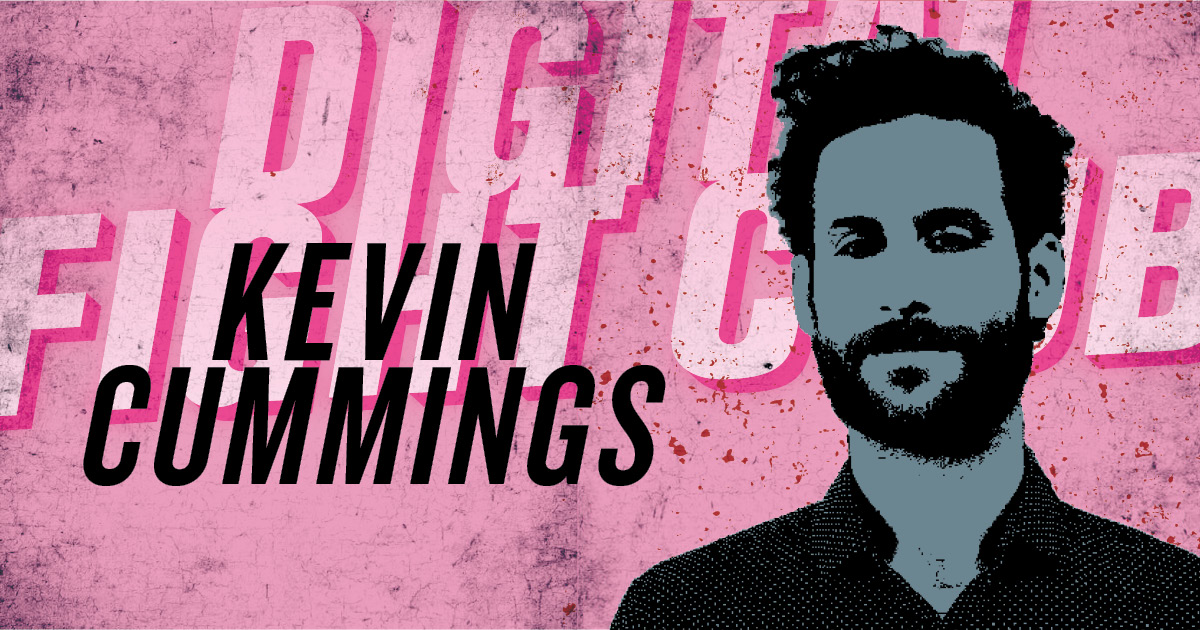 Digital Fight Club expanded this year to include a new marketing twist. Six verbal sparring fights between C-level ad agency executives took place February 26th, in front of 5 CMO referees who asked very tough questions. The fighters were judged by over 400 of their competition and peers.

Watch the pre-fight interviews and the actual fights below. Get ready for a Marketing only Fight Club on Feb 26, 2020 at The Granada

The What:
Agencies get to fight in front of 35-40 amazing DFW brands. Brands get to finally get a straight answer from their agencies. Everyone gets to vote for the winner. Better than any pitch you’ll ever give or receive.
The When:
• Wed – Feb 26, 2020
• 6pm-10pm
• The Granada Theater – Dallas, TX

The How:
• Brands: You go for free. You get to bring your CMO and 3 additional marketing leaders.
• Agencies: You can buy a “block” – there are 3 levels.
• Ad Tech Vendors: We are keeping this quite limited. You get to buy a block like the agencies.
• Marketing Orgs: You go for free. Kumbaya!
• The Eventbrite page is now live. We have made a limited number of agency, vendor and org blocks available now. Brand blocks are released after you connect with me.
• Contact Michael Pratt at mike@panamplify.com or by cell: 914-309-4191

How Did Digital Fight Club Begin? | Read the Untold Story

Now in its fourth year, Digital Fight Club is returning later this month to the Granada Theater in Dallas. Take a look inside the upcoming fight night and the events that led to its creation.

Michael Pratt thinks panels are boring. That’s the inspiration behind Digital Fight Club, a no-holds-barred event that pits technology experts against each other in a head-to-head, rapid-fire discussion on a hot-button topic rooted in innovation. And, it’s returning to Dallas later this month.

Pratt, who spends most of his days as CEO of Panamplify, told Dallas Innovates the idea for founding Digital Fight Club was born as most good ideas are: over beers with a friend.

Pratt says he was having drinks at Uptown’s Common Table with Andrew Hopkins, managing director of Industry X.0 at Accenture, when conversation turned to the Accenture Interactive Trends Book. “They wanted to be seen as thought leaders, but they weren’t sure if anybody even read [the trends book],” he says. “And I was lamenting that I kind of run out of ideas for innovative events. And we somehow came to this notion that panels are boring.”

The pair decided to combine their frustrations and find a solution—and so Digital Fight Club was born.

Pratt and Hopkins decided to match up experts in a raucous debate, pulling items from the trends book to use as debate topics. And the result was explosive.

“In a panel, no one’s incentivized to actually say what they think. Everybody wants to pontificate and be seen as an august professional waxing eloquently. But no one really learns anything,” Pratt says. “With that in mind, we somehow just came to, ‘Well, why don’t we make people who are really smart, have done a lot, and are experts in a particular field, fight?’”

According to Digital Dallas’ website, the organization has two missions: growing the community of digital professionals in the region and helping to brand North Texas as a “center of excellence” in digital fields. It accomplishes these goals with nontraditional events intended to help professionals build meaningful professional relationships.

“I have sincerely believed in the vibrancy of the Dallas-Fort Worth tech community for 10 years, which inspired the founding of Digital Dallas in 2010,” Pratt says

The hour-long event is made up of five 10-minute rounds, each moderated by five referees and consisting of two questions. For each question (the second of which is a ‘jump ball’), both fighters have a 45-second opening and a 30-second rebuttal. When the fight is over, the audience and referees use a mobile app to vote for who they think is the winner.

“If you get up there in front of an audience, you’ve got to make a point and argue. You’re not pulling any punches, and you’re not on a panel—you have to commit,” Pratt says. “We have a cocktail party beforehand; we have an after party afterwards. We encourage commentary, participation, cat calling, you name it.”

And though the 2019 event is only the fourth Fight Night to be held in Dallas, Pratt says big names in North Texas entrepreneurship have taken notice. Former referees include Mark Cuban and C-suite executives from 7-Eleven, Frito-Lay, AT&T, Texas Utilities, and WeWork.

This year’s event will be held at The Granada Theater on Greenville Avenue in East Dallas. Doors will open at 6 p.m. and the fights will start at 7 p.m. At 8, the fights will end and attendees are welcome to head over to the Sundown Saloon for drinks and networking.

When does the night end? Well, that’s a bit unclear. Pratt says it’s not uncommon to see C-suite execs milling around the saloon late into the night.

This year’s fighters will duke it out over five topics, Public Transport Technology: Taming the Wild West, Secure Me: Digital Safety across the ecosystem, Silence: To digitally disconnect or not, Synthetic Reality: Does real even matter?, and Get to Know Me: Data, Personalization & Privacy.

When it comes to public transport technology, Steven Duong, (VP of design and planning at AECOM) will go head-to-head with Robert Mundinger (founder of TheMap.net). Taking on the topic of digital safety are Lee Harrison (CEO of Thru) and Stephen Ellis (CTO of Plymouth AI).

Digital connection will be tackled by two mind experts: Jennifer Zientz (director of clinical services at Center for BrainHealth) and Michelle Adams (president of marketing at Brainology).

While the Digital Fight Club experience is far from a synthetic reality, two experts will still dig into the topic. This round pits Farrukh Malik (CEO of Roomored) against Steve Nix (CEO of ForwardXP).

Pratt promises attendees an entertaining and informative forum filled with engaging debate and lively pop shots, followed by best-in-class networking. At any rate, the once-a-year event is not to be missed.

“Everybody says they wish it lasted longer,” Pratt says. “The reason it doesn’t is because when we we start at 7, and it’s over at 8, everybody is so jazzed that they want to go talk about it. So, they all migrate right next door at the sundown saloon, and the after party on a Wednesday goes to 11.” Save the Date! Digital Fight Club is August 28th! Get Tickets Now!

Watch Technology Experts Duke it Out Defending Their Expertise

Then we let the refs and audience (that’s you) vote for a winner. That’s not boring. That’s fun.
…and you might learn something

The Fights
1. Public Transport Technology: Taming the Wild West –the Uber IPO and all those darn scooters makes this the hot fight on the card.

2. Secure Me: Digital Safety across the Ecosystem — all those platforms sharing our data…what could go wrong?

3. Silence: To digitally disconnect or not — our first fight on the behavioral side of things.

4. Synthetic Reality: Does real even matter? — AR, VR? how about a giant blend called SR?

5. Get to Know Me: Data, Personalization & Privacy — the dangerous cousin to #2: the pros & cons of letting platforms know everything about you.

• Pre-event activities: we’re opening up the Granada with fund stuff to do inc. your fave: 7-Eleven Slurpee truck to make that Tito’s taste oh so good.
• After-party on the roof at Sundown next door.

• Your vote counts for the winning fighter with the DFC App

Opportunities
Accenture is our anchor and 7-Eleven is our ring sponsor. We have 5 “Fight Sponsors with SVB and Stratecha taking the 1st two.

ALSO: the After-Party is still open for sponsorship. Hopefully I don’t have to write a personal check but it’s ON regardless!!

Stay Tuned For:
• Interviews of our high-profile referees. Will we have another Mark Cuban?
• Fight profiles
• Ticket giveaways

Take Action:
Get early bird tickets before time runs out.