Ten local founders and innovators sparred in gloves-off debates, “fighting” to win each round.
The fight card included challenges like: Should brands be transparent? Should the government be involved in building the metaverse? And is ESG important? Here are the knockout rounds.

Returning to the Granada Theater for its first in-person event since 2020, Digital Fight Club capped off Digital Startup Week last Thursday night. Local founders and innovators sparred with each other to debate some of the day’s most pressing tech topics—and competing to win each round.

Hundreds packed the theater to watch the debate-like event, where “fighters” duke it out verbally to cheering, hooting, and generally raucous reactions from the audience.

Let’s break the first rule of Fight Club—and talk about it how it works. For each round, two founders take to the stage to make their cases in front of a panel of judges. Only one is able to walk away a winner.

Fighters strut their smarts and verbal chops. But showmanship, charisma, and audacity can be the knockout.

During the rounds last night, fighters were given topics ranging from how transparent brands should be to who should be involved in building the metaverse. Each fighter was then given 45 seconds to make their case, followed by a 30-second rebuttal and questions from the referees.

Then the refs and audience weighed in by casting their votes for the winner.

Round #1: Should the Government be Involved in Building the Metaverse? 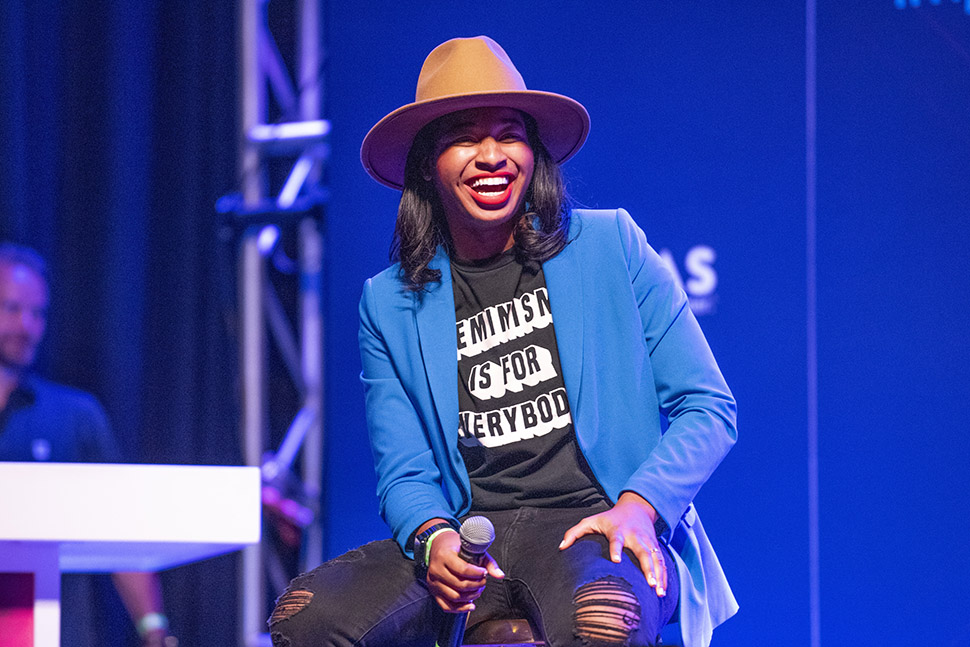 STEMuli founder and CEO Taylor Shead, who’s building an “educational metaverse” with her company, said no, saying that could lead to increased censorship and the likelihood of the metaverse becoming a political platform. She also noted the historical racism and exclusion of government projects in the past, adding that without government intervention, the metaverse will be more open to all. 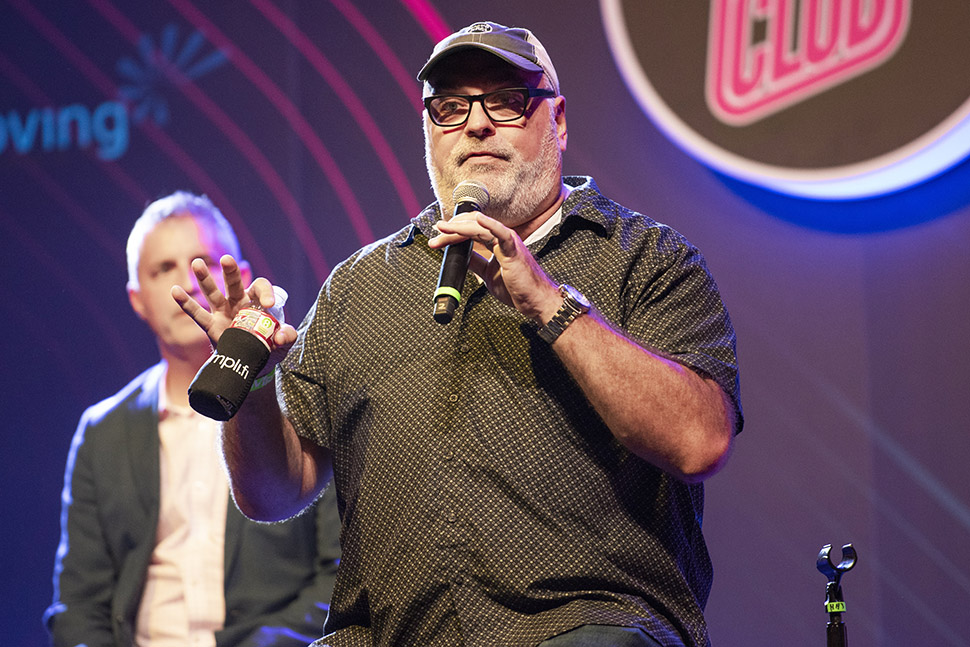 Groove Jones Founding Partner Dan Ferguson took the opposite stance. He argued that the way metaverse concepts are being built make them walled off “microverses,” and that a standardized set of pathways and tools provided by a regulatory body like the government could help fix that. He added that big projects like a metaverse require a great deal of funding, and with the government’s help,  more could be built. 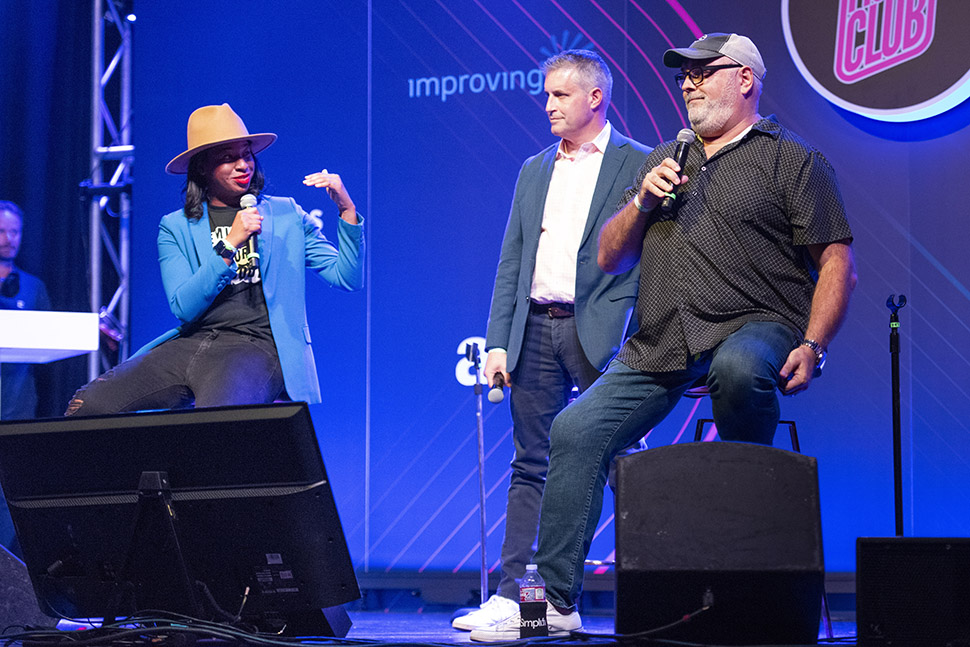 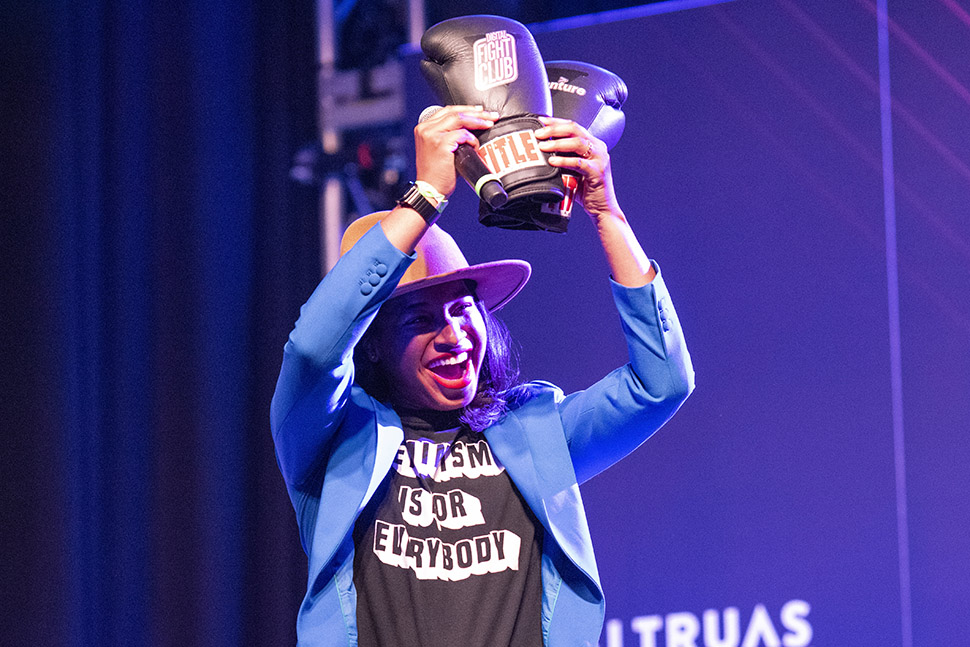 Round #2: Should Brands be More or Less Transparent?

Bill Cochran was the most animated fighter of the evening. [Photo: Michael Samples]

Bill Cochran, creative director at LERMA, argued that less transparency can be a good thing, arguing that it’s important for companies to protect their “magic”: the things that make them unique. Also, revealing things behind the scenes may turn some customers away. Cochran added that since most brands now call themselves transparent, it’s no longer a differentiator that can help a brand stand out. 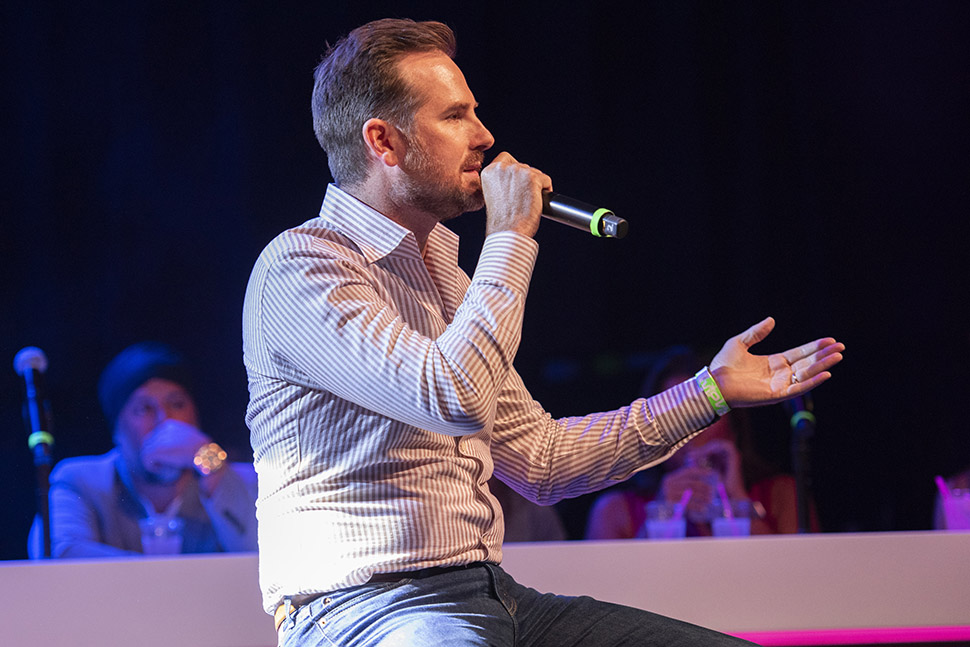 The Runway co-founder Cameron Gawley took the side of pro-transparency. He said that with younger generations valuing transparency so highly, it’s important for brands to adopt it in order to reach more customers. By “building in public,” companies can better stay on top of trends and attract better talent. 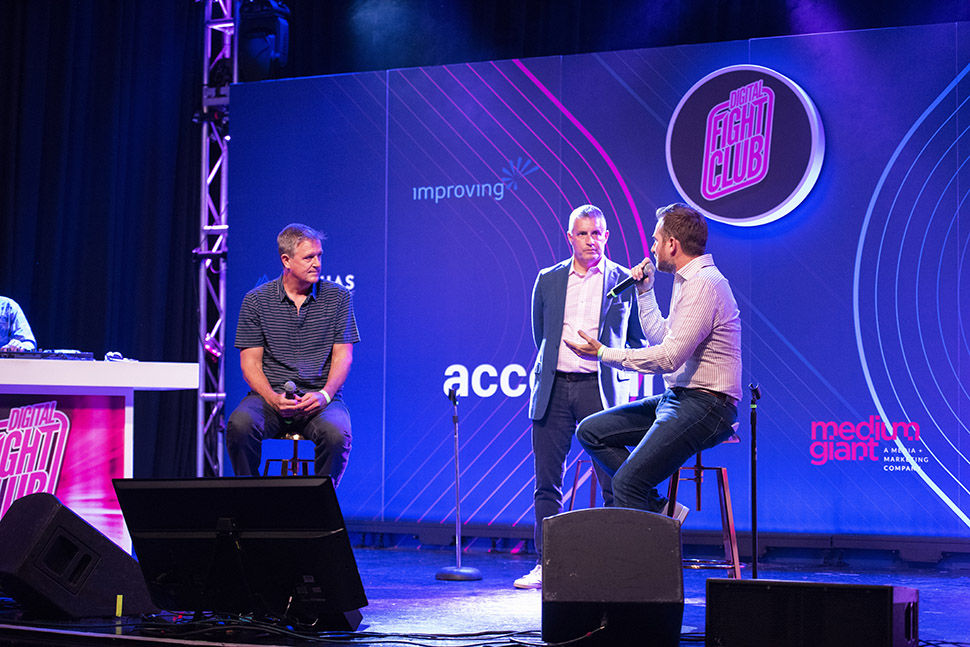 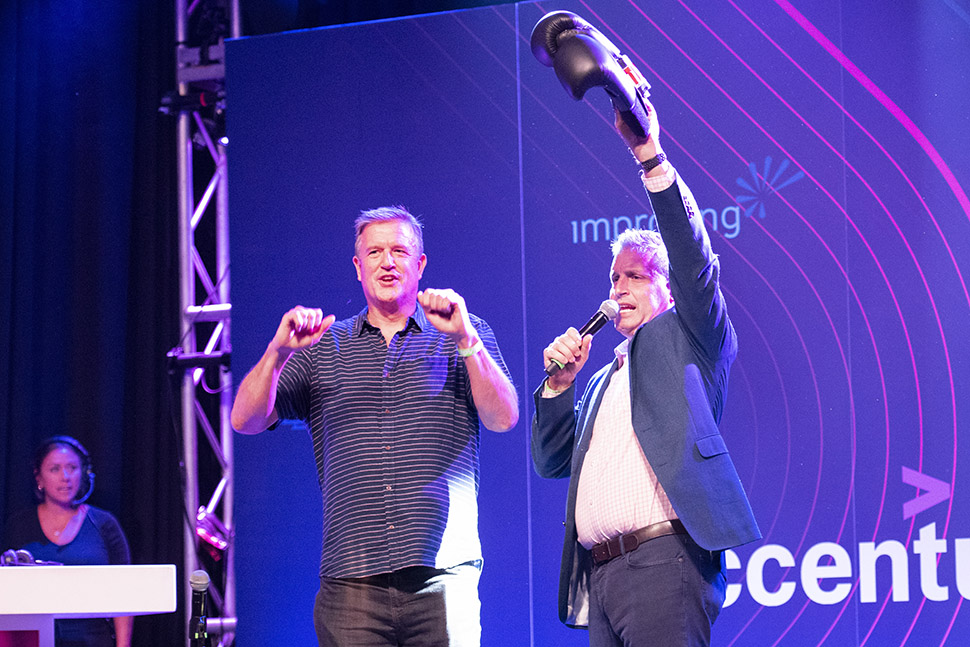 Round #3: Is More Automation Needed in the Supply Chain? 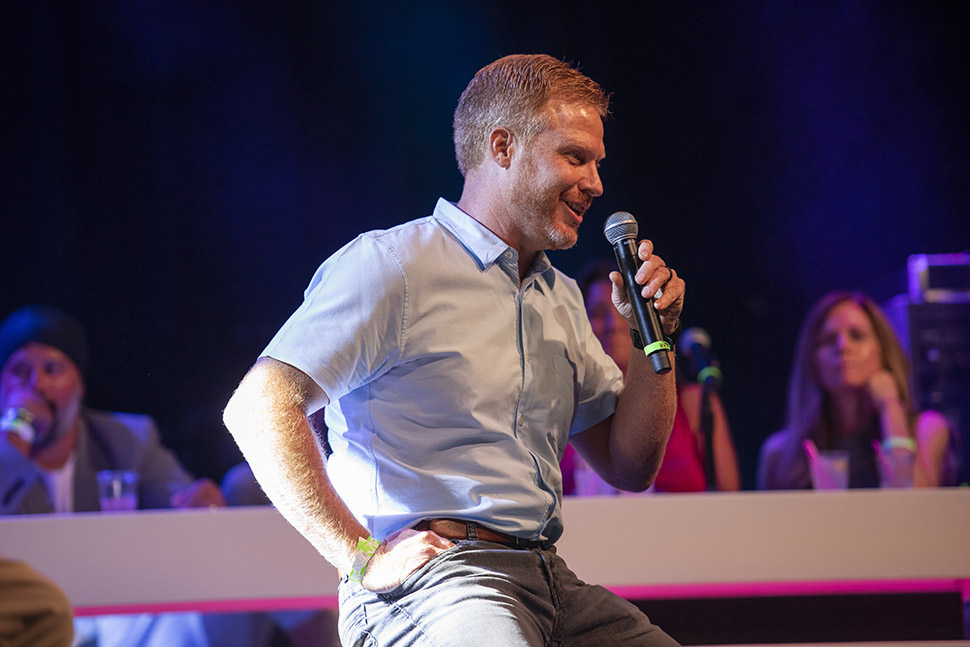 Brad Nichols, founder of Automatize, said yes. He noted that automation has been used throughout human history to improve productivity and efficiency—and in many cases improves people’s lives. He added that the increasing complexity of supply chains will require it, freeing up labor that can be retrained in other skilled areas. 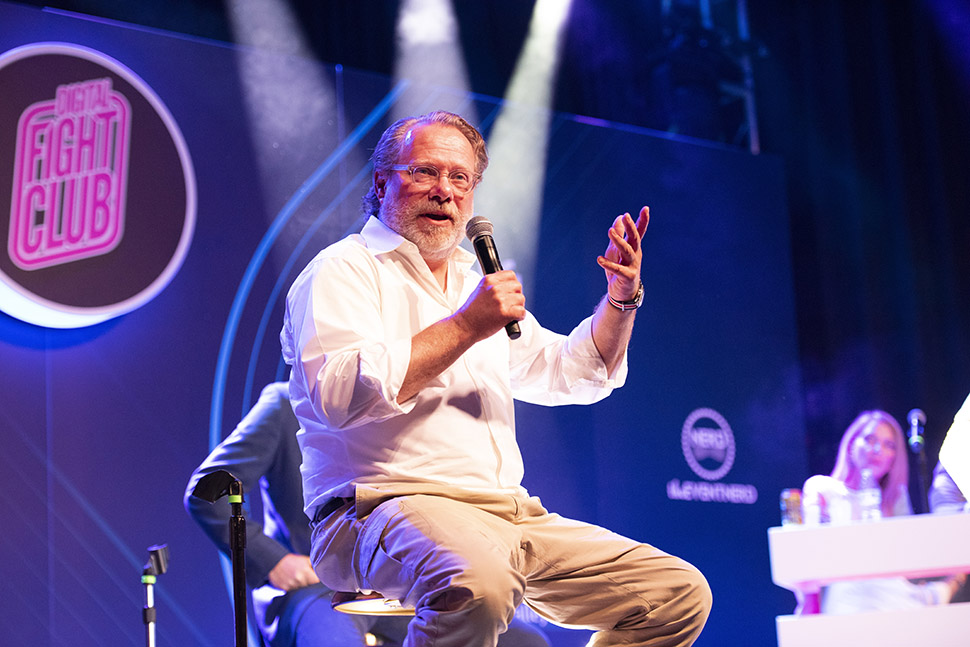 Truckl founder and CEO Chris Hanebeck disagreed, pointing to supply chain issues that have plagued companies since the pandemic hit. He said that people are required to make the supply chain more resilient, since efficiencies created by automation can create volatility. Human thinking and decision making will always be needed, he said. 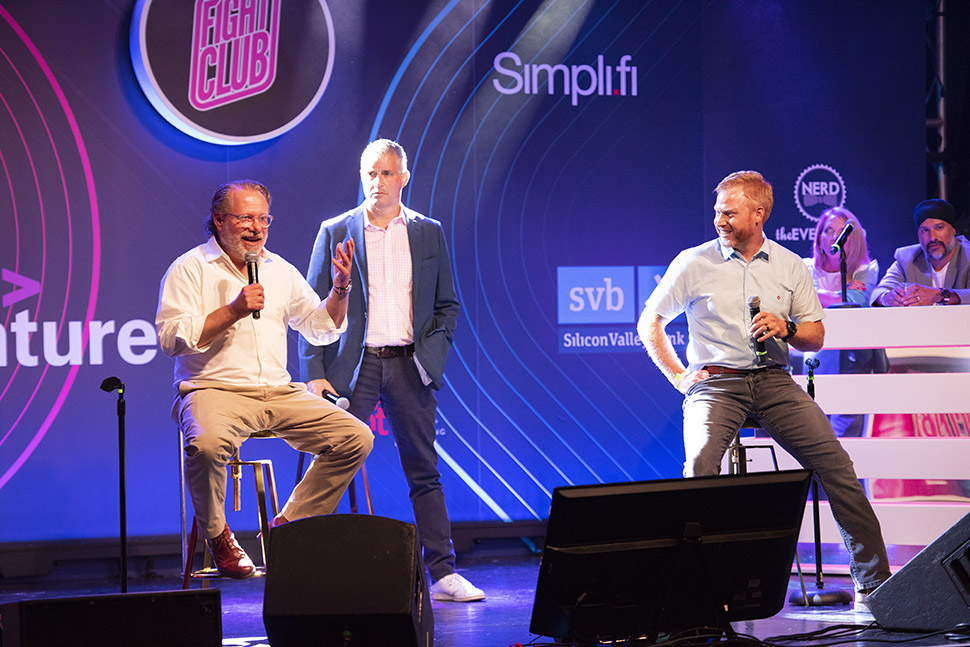 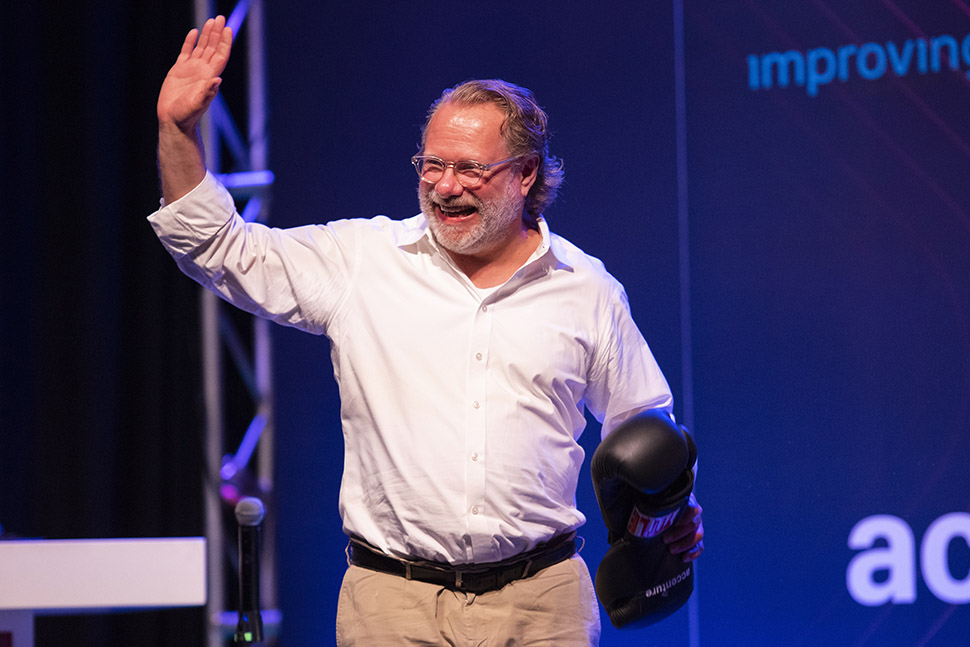 Round #4: Is ESG Important? 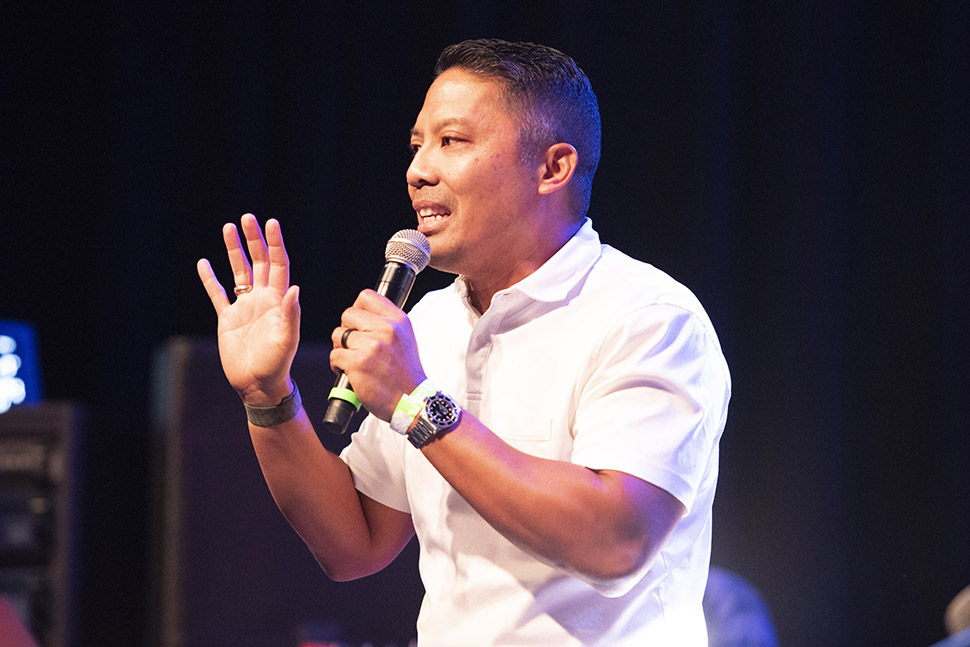 Eden Green CEO Eddy Badrina argued no, calling ESG “just a nice sticker.” He said it doesn’t have much to do with profitability, and that many companies use it as an empty word. At the end of the day, most consumers are looking for goods that have quality at the lowest price, with ESG not playing a large role in their decision making. 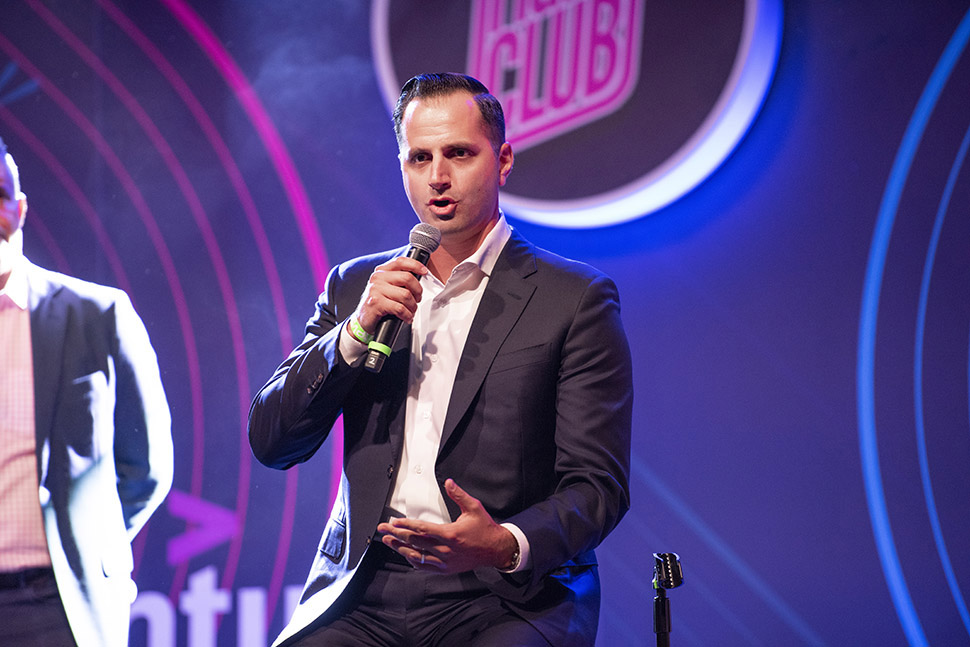 Chris Robinson, co-founder and president of Clearyst, took the opposite tack, saying that companies that prioritize ESG can have better equity returns, in addition to helping lower costs in operations, customer acquisition, and retention. He added that customers are increasingly looking for brands that align with their beliefs, and focusing on ESG can help reach a wider customer base. 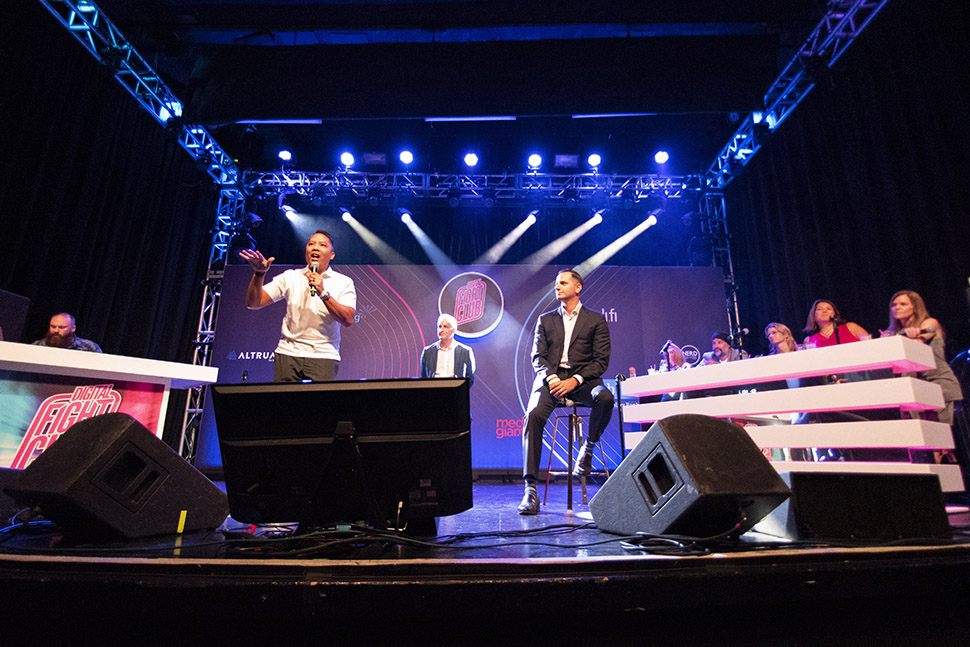 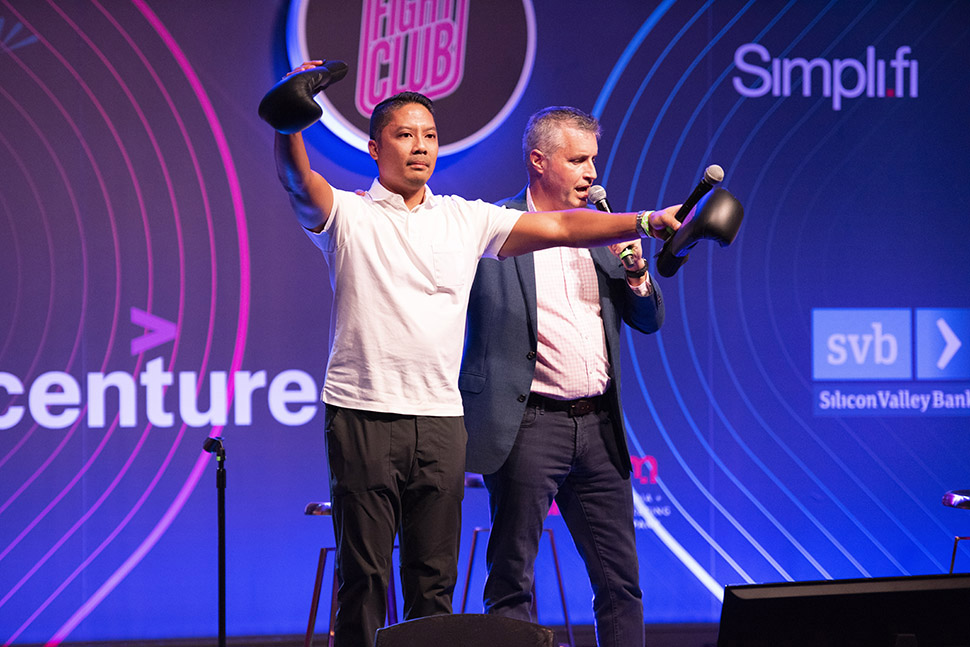 Round #5: Is it Important to Invest in Cybersecurity Early On? 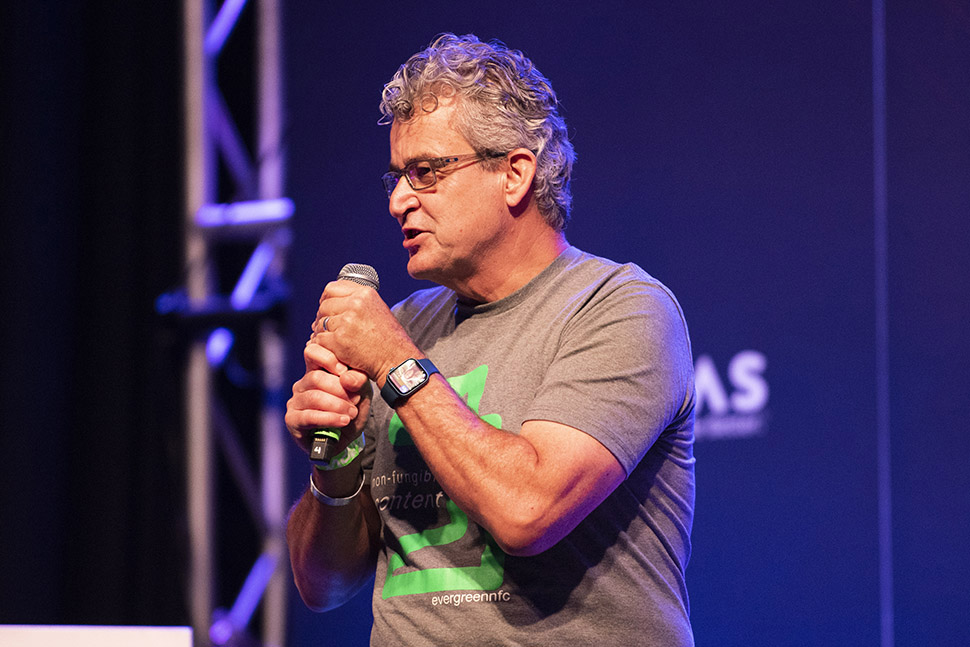 Andrew Hopkins, president of PrivacyChain, argued that it’s more important to build first, then figure out cybersecurity later. He said that up-front costs for cybersecurity can be high, and that, at the end of the day, most companies are likely to get hacked anyway. 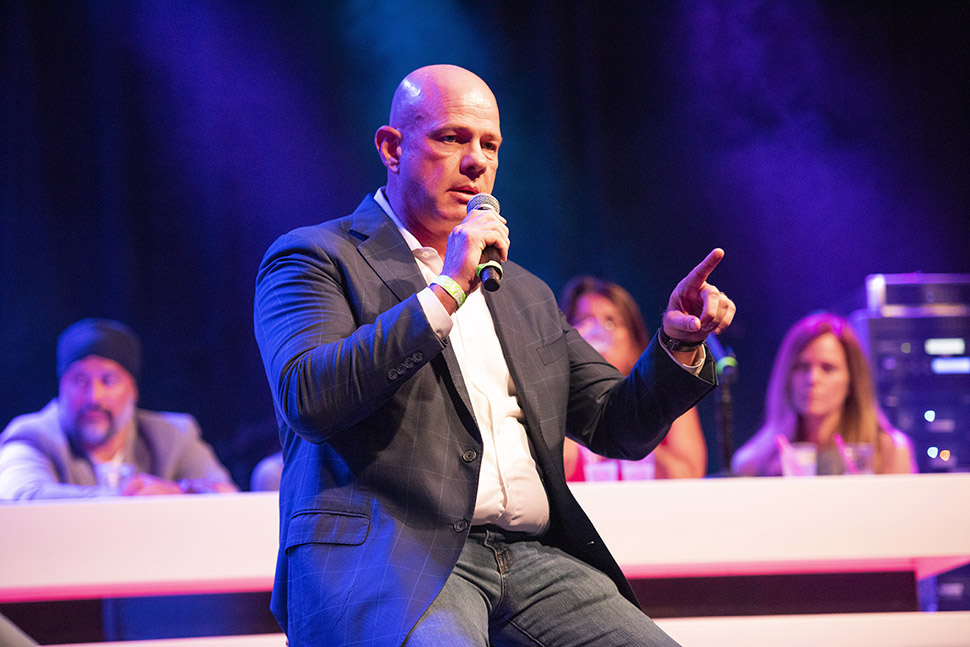 Direct Marketing Solutions Chief Information Security Officer David Malicoat agreed that many companies will likely be hacked eventually. But he noted that the main cause of those hacks will likely be employees not taking proper cybersecurity measures. Therefore, he said, it’s important to invest in the technologies early to help prevent that. 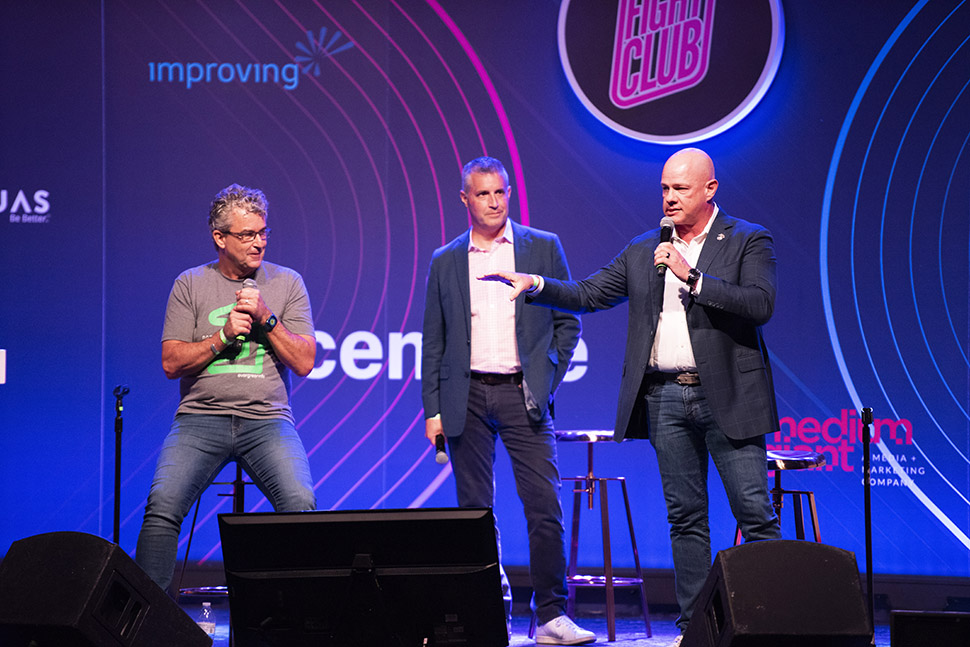 Here are the local leaders who kept the fights clean, while asking the hard-hitting questions on the Granada stage at Digital Fight Club 2022:

See more scenes from Digital Fight Club in our gallery. It’s Back! Digital Fight Club ‘Marketing’ | Check Out the Line-Up Fossil Teams Up With Streetwear Label, STAPLE for Limited-Edition Collection